Marine Sensors: Discovering our Oceans and Delivering Data to Industry 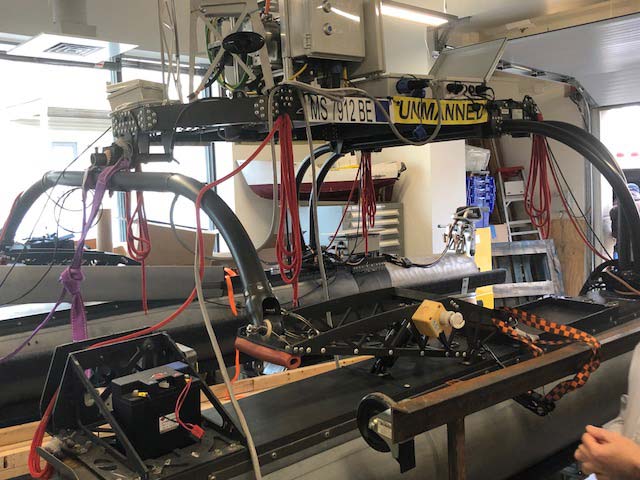 The state of the ocean is an important indicator of the overall health of the planet and our oceans comprise some of the richest and most diverse ecosystems on Earth. At the same time, the worldwide ocean economy, enabled by new technologies, is growing with revenues projected to reach $3 trillion by 2030.  As ocean technology industry continues to grow on both sides of the border, it will offer new opportunities for innovation and collaboration between Canadian and New England companies.

New England is typically well known for its marine robotics industry as it is home to leaders such as Teledyne Marine, Hydroid, L3 Ocean Server, General Dynamics as well as numerous research institutions and start-ups.   However, sensors are equally important to the New England and Canadian marine industry.  According to the National Oceanographic and Atmospheric Administration (NOAA), ninety-five percent of the oceans are unobserved or unobservable to the human eye. Sciences knows less about our oceans then we the surface of the moon.  Marine sensors are our eyes and ear underwater helping us to better understand the seventy percent of our planet covered by water. Whether they are deployed on fixed mooring, towed arrays, or autonomous vehicles or gliders, marine sensors provide a wealth of data for a variety of applications including:

Canada is home to many leading marine sensor companies that can provide solutions for these application areas. In January 2020, the Canadian Consulate General in Boston partnered with the Blue Innovation Symposium in Newport, RI to bring a delegation of Canadian marine technology companies to New England. The theme of this year’s conference was Ocean Sensors and the Next Wave of Data.

Here is a quick snap shot of some of the companies who joined us in January:

Geospectrum Technologies Inc. specializes in underwater acoustic transducers and systems. Meeting the needs of customers as designers and manufacturers of hydrophones and sound projectors as well as consultants on the integration and testing of acoustic systems.

Ocean Sonics Ocean Sonics designs and manufactures icListen, the world’s first smart digital hydrophone. Compact and easy to use, its small size makes it the perfect tool for sound data collection. Their products listen in real-time and improve decision making or use as an acoustic recorder for long term deployments.

Pro-Oceanus Systems Oceanus designs and manufactures dissolved gas sensors for oceanographic research, aquaculture, and groundwater monitoring around the globe. Pro-Oceanus offers more options for dissolved CO2 measurement than any other company in the world.

RBR Ltd. RBR makes instruments to measure the blue ocean. From the ocean abyss to the polar ice cap, our sensors track water parameters: temperature, depth, salinity, dissolved gases, pH, and many others.

Of course, as sensing technologies improve, researchers and end users are increasing able to collect terabytes of data in short periods of time. This in turn drives the demand for machine learning and AI that can assist in processing this data and delivering valuable intelligence. CIDCO and Deep Sense are here to help. CIDCO, Development Center for Ocean Mapping in Quebec, is developing AI to automatically detect abandoned fishing gear. Deep Sense, a partnership with IBM and Dalhousie University, supports researchers and ocean businesses to solve their data challenges.